By Lucy Lowthian
Legacy and In Memory Consultant with Legacy Voice

There has never been a more relevant time to talk ‘legacies’. After nearly two years of living with Covid-19, more people have started to plan for their deaths, thinking about their own legacy and what they want to leave behind. Whether that’s a gift to their loved ones or trying to make the world a better place for future generations – we have all been confronted with death and in turn, what our lasting legacy could be.

Legacy income has been a lifeline for some charities during the Covid pandemic; a consistent form of income during an incredibly challenging time. Legacy Foresight predicts that legacy income will double in the next 30 years thanks to the charitably minded baby boomer generation. We will see an annual rise in the number of deaths which will inevitably result in an increase in charitable bequests. Charities are aware that this is an opportune time to invest in legacy marketing in order to reach more people with a legacy message. One increasingly popular method is to create legacy TV adverts – a powerful way to reach a large audience with an inspiring legacy ask.

If we consider recent years, there have been a number of standout legacy TV adverts, all with a contrasting approach in the way they communicate their legacy message. No one advert will appeal to everyone – there are adverts that pull on the heartstrings to provoke a feeling of empathy that make us feel a sense of connection with the cause. Some use a ‘before and after’ strategy to demonstrate the impact of a legacy gift whilst others use a hard-hitting approach which might shock people into taking action. However, more recently charities are focusing on creating more upbeat, positive adverts that showcase a brighter world in a visually striking way. They are about life rather than end of life. We will explore some examples below. 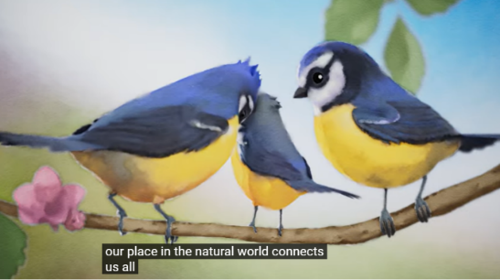 Time Flies takes us on a journey throughout the advert, exploring our connection with the natural world. It uses beautiful colourful illustrations to show how we have grown and changed with nature together over the years, before beginning to grow apart. The RSPB presents people with a powerful message that we must take action before it is too late and by leaving a gift in a will, we can all help to create a future filled with nature for generations to come. Although the advert has a very simple message, it inspires people to act and remember how important our connection is with nature. The charity’s message is clear that we are one with nature and we must all protect it for future generations in order to create a better world. 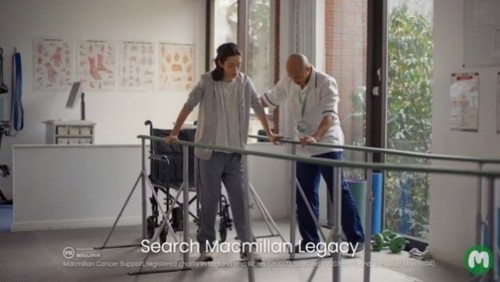 Macmillan’s legacy advert focuses on how people can create a lasting legacy by giving examples of how gifts in wills left to Macmillan positively impact on people’s lives. The advert concentrates on the will of one man and provides tangible examples of what he has helped to achieve through his gift, including supporting cancer patients with physiotherapy and wig advice. This is a clever way to showcase what charitable legacies can achieve by giving realistic examples, helping people to visualise the impact of their gift. We know people want to leave behind a lasting and meaningful legacy after they die so seeing the difference they can make to the lives of individuals is hugely inspiring and an important aspect of the charitable bequest decision.

Unicef Gifts in Wills – Connections – United by One Belief 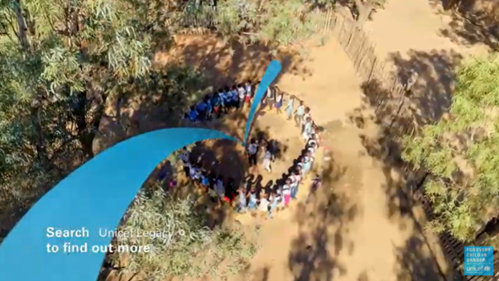 The advert ‘Connections’ from Unicef unites us in one belief that all children should be protected. A person must feel connected to the charity and its beneficiaries if they are to include a charitable bequest so charities must work hard to build strong connections with their supporters. The theme of connections runs throughout the advert – people are connected to the children they are helping to protect, educate, vaccinate and hydrate as well as to a powerful community of likeminded people who want to make a positive difference to the lives of children around the world. The advert uses strong and inspiring imagery of children and those supporting them with a blue ribbon running throughout to connect each screenshot. People want to believe they can have a positive impact on the work of the charity and its beneficiaries, and this is a very empowering advert. 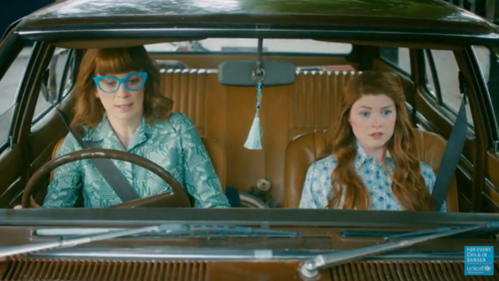 Unicef also used nostalgia as a way of strengthening emotional connections with their supporters in their previous legacy advert, ‘We are the generation’. This spoke to a generation who have raised their children and who want to protect them for generations to come, just like Unicef wants to do for children around the world. The advert was created to inspire people to help Unicef build a better world for every child by leaving them a gift in their will and joining the Unicef Generation. The advert uses nostalgic images to evoke memories, so people start to relive the important moments in their life and think about their connections with charities and loved ones. 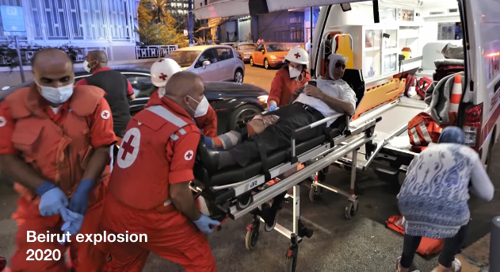 The British Red Cross advert is the most hard-hitting of the legacy adverts discussed so far. The advert shows real images from crises around the world including the Second World War, Beirut explosion and the Japan tsunami. Legacy giving is a representation of our values, and this advert is a clever way of representing them through the British Red Cross symbol, which is present throughout the advert, building a connection with the cause.

Battersea – Leaving a gift in your will 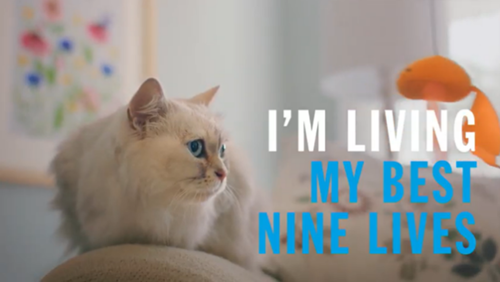 This is one of the most positive and memorable legacy TV adverts I have seen in the last year. From the music to the visuals, it is upbeat, inventive and full of life. It focuses on the positive difference gifts in wills make to the lives of the animals Battersea supports, and it showcases the animals not as victims, but as loving companions, bringing joy to their owners’ lives. It also puts the emphasis on the ‘you’ and the difference supporters make – ‘thanks to you’, ‘because of your generosity’ and ‘you help look after me’ – this helps to connect supporters directly with the beneficiaries. Overall, it is energetic, powerful and motivating.

There is one element that connects all of these adverts and that is the hope of a more positive future. Legacy marketing should be future focused and inspire people so they believe they can make a difference by supporting the causes they care deeply about. As more charities invest in legacy TV adverts it is important to understand what motivates people to leave a gift in their will and that is their strong sense of connection with the cause and their desire to have a positive impact after they are gone by leaving behind a lasting and meaningful legacy.

Lucy is a Legacy and In Memory Consultant with Legacy Voice and a Postdoctoral Research Fellow at the University of Kent. Lucy completed her PhD in 2020 through the University of Plymouth which examined psychological well-being and the charitable bequest decision. If you would like support with your legacy giving programme, please visit www.legacyvoice.co.uk